As part of Open Journals’ initiatives, we create website for scholarly open access journals. If you are responsible for this journal and would like to know more about how to use the editorial system, please visit our website at https://ejournalplus.com or
send us an email to info@ejournalplus.com

Kirkuk University Journal-Scientific Studies KUJSS is a scientific, open access, and refereed journal published since 2006 by the College of Science, Kirkuk University,  Kirkuk, Iraq. It publishes experimental and theoretical papers in the field of pure and applied science, in English. The manuscript shall be considered for publication only with the understanding that they are neither under concurrent consideration by any journal nor have been published elsewhere. We are using iThenticate software to check the originality of the submitted works for potential plagiarism. Manuscripts are subjected...
Read More ...

The aim of the current study is to determine the effect of Kirkuk cement factory dust on renal function tests among the residents of villages and farms surrounding the factory and those who are constantly exposed to cement dust, which include: urea, uric acid, creatinine and total serum protein for the period from January 2021 to April 2021. The samples were randomly collected (60) samples from different distances as the study group, which were divided according to the distance from the factory into six categories D1, D2, D3, D4, D5, D6, while the control group was (30) samples for the last category, Laylan D7 area, and their average age ranged from (10-70) years, venous blood was drawn (5) ml of blood, serum was separated by common methods of separation, and renal function tests were performed on it.
The results showed that the studied groups recorded a significant increase in the concentration of urea, uric acid, creatinine and total serum protein in the blood serum at the level of P≤0.01 compared to the control group.

Evaluation of the Efficiency of some Methods in Biological Control of Phlebotomus Papatasi (Diptera:Psychoididae).

Garbage kitchen waste has been considered as one of the most difficult global issues with negative effect on the environment and health. It contains high amounts of cellulose and other organic waste which become ideal environments for the growth of pathogenic microbes and their toxic products which may reach agricultural land and water system. As a compromise, certain microbes are implemented under certain conditions to reduce and manage food waste. In the present study microorganism isolated from garbage kitchen waste collected in Duhok city. one thermophilic bacterium, two mesophilic bacteria, and fungus. All isolates were identified to the genus level and verified by morphological and biochemical characteristics. The findings show that two mesophilic bacteria were fungus from the genera Mucor and Rhizopus, one was a bacterium from the family Staphylococci, and one was a thermophilic Bacillus species. The enzyme activities of the isolates were estimated and revealed that Bacillus spp. has cellulase, protease and catalase activity while Staphylococcus spp. has only protease and catalase activity. Mucor and Rhizopus spp. have only cellulase and catalase activity. To estimate the level of garbage degradation. The level of garbage degradation was estimated by tacking the weight of the sample before and after degradation as well as detecting the content of protein and carbohydrate by using Folin Lowry and di-nitro salicyclic acid, phenol sulphuric acid method. The comparative study showed that both mesophilic (Mucor) and thermophilic microorganisms (Bacillus) showed the best degrader compared with Staphylococcus and Rhizopus.

Spectrophotometric Determination of Methyldopa in Pure and Pharmaceutical Preparations by the Oxidative Coupling Reaction with 1, 5-Diaminonaphthalene in the Presence of Ammonium Ceric (IV) Nitrate

Oxidative coupling reactions are one of the significant methods used in the estimation of certain drugs in pharmaceutical formulations. This study describes the development of a fast and sensitive spectroscopic method considering the determination of trace amounts of methyldopa in an acidic aqueous solution.The adopted method centered on oxidative coupling due to the drug Methyldopa with the reagent 1, 5-diaminonaphthalene in the presence of ceric (IV) ammonium nitrate as oxidizing agent to form a stable blue-colored product, giving the highest absorption at 730 nm. The product was appeared to agree Beer's law within the limits of (5.4 - 39.6) μg /ml, and a value of molar absorptivity equal to 4.79471 ×104 L/ mol. cm. Sandell’s index, 0.0044 μg/ cm2, Relative standard deviation was in the range (0.5942 - 0.9687) %, whereas recovery average and determination factor were 99.908% and 0.9998. The proposed method has been successfully applied in the determination of Methyldopa in its pharmaceutical preparations.

Isolation and Diagnosis Intestinal Helminthes from Stray Dogs in Kirkuk

In the present study 30 stray dogs were collected, dissected and diagnosed in order to recognition on intestinal parasitic helminthes.
The results demonstrated that 50% of total 30 stray dogs were found to be infected with intestinal parasitic helminthes. These includes three species of trematodes Heterophyes (6.6%), Mesostephanus (6.6%) and Prohemistomum (6.6%), three species of cestodes Dipylidium caninum (40%), Echinococcus granulosus (6.6%) and Taenia taeniaformis (13.3%), and three species of nematodes, Ancylostoma (20%), Dirofilaria immitis (6.6%) and Toxocara canis (6.6%).
Three species of trematodes (Heterophyes, Mesostephanus and Prohenistomum) and one adult nematodes (Dirofilaria immitis) were isolated for the first time from stray dogs in Iraq.

A Study of the Effects of Gaussian Noise on Image Features

of hydrazones (N3- N10) were synthesized from the reaction of compound (N2) with various substituted benzaldehydes (aceto phenone) gave hydrazone compounds(N3-N10).Substituted compounds(N11-N12) , compound (N13) , compounds(N14-N16) ,compounds (N17-N18),Were synthesized from cyclization of hydrazones (N3- N10) using chloro acetic acid or tri chloro acetic acid or thio glycolic acid or chloro acetyl chloride respectively.
The synthesized compounds were identified according to their physical properties, spectroscopic data (IR and1H- NMR) in addition to systematic identification of some active functional groups in these compounds. This the research includes synthesis of some new derivatives of 2-mercapto benzimidazole (N1), the compound (N1), prepared by reaction of o-phenylene diamine with carbon disulfide in alcoholic potassium hydroxide. Then the compound (N1) was treated with hydrazine hydrate in ethanol to give 2-hydrazinobenzimidazole ( N2).A Number

Spectrophotometric Method for Estimation of Promethazine- HCl in Pharmaceutical Formulation Based on Oxidative Coupling with the Reagent m-Amino Benzoic Acid in Presence of N-Bromosuccinimide.

An easy, rapid and sensitive novel spectrophotometric method for estimation of trace amounts of Promethazine-HCl in aqueous solution is described. The method is based on using the oxidative coupling reaction of Promethazine-HCl with m-amino benzoic acid reagent at pH1.2 in the presence of N-bromosuccinimide to produce an intense green color, water soluble, product which exhibit maximum absorbance at 592 nm. Beer's law is obeyed over concentration range of (2-26 µg/ml), with a Ԑ 9.754×〖10〗^3 l/mol.cm, Coefficient determination (R2=0.9991). Sandell̕s index of 0.03289 µg/cm^2, the average recovery is 100.396 %, RSD does not exceed 0.3096 %, LOD of 0.1949 µg/m1 and LOQ of 0.5905 µg/m1. The proposed method was applied successfully for determination of PMZH in its pharmaceutical formulations..

The Directorate of Dormitories at the University of Kirkuk offers full accommodated rooms to the male and female students. However, the directorate registers and assigns the accommodations manually. Therefore, a visiting has been made to the directorate to identify the problems of this system. It is found that the manual system suffers from several issues such as wasting time, losing data and extra charges in documenting students' information. Additionally, delays in replying to students’ enquiries, and ignoring their discipline in distributing them among the accommodations. This paper proposes using an e-governance system to tackle the identified problems. The proposed system permits the student to register online and provides him/her with an id card. The id card consists of a serial number, ISBN and student's room information in the accommodation. To design the system, a number of programming languages is used: (PHP, HTML, JAVA SCRIPT and CSS). Furthermore, SPSS software has implemented to evaluate the system. The evaluation has shown significant merits in terms of the reliability and speeding up of assigning rooms to the students among the accommodations. The distribution of the students is according to students discipline. Furthermore, the system determines the capacity of each accommodation precisely. Moreover, decreasing in time wasting and tiredness that may students face in the traditional manual system. Additionally, reducing the physical contact between the students and the employees. Consequently, the proposed system gathers students' information in an electronic archiving which may lead to easiness in importing their information in the future.

Khishni fish Liza abu were collected from Tigris river to study oocyte development in this fish .Present study showed that the oogenesis process include seven stages divided according to cell size,chromatin matter and vitellogenesis .The first stage represent as Oogonia,the second is Early oocyte,the third is Multinucleated stage,then Yolk nucleus stage (indicator to beginning of vitillogenesis),followed by primary and secondary stages and lastly Maturation stage

In this research, new coated carbon electrodes were constructed and used for the determination of Sildenafil citrate (SILC) drug. The electrodes were constructed by preparing ion-pair for (SILC) with phosphotungstic acid (PTA) or phosphomolybdic (PMA) acid using   dibutyl phthalate (DBP) as a plasticizer. These electrodes showed good sensitivity towards SILC with linear range of (1.0´10-7-1.0´10-2) M, correlation coefficient, (0.9990), the life time (120) days, optimum temperature range (23-65) oC and optimum pH range (2-5) for both electrodes, limit of detection (5.055´10-8 and 5.116´10-8) M, slope (57.29 and 59.10) mV/decadefor SILC-PTA and SILC-PMA electrodes respectively. These electrodes were successfully applied for determination of SILC in pure and pharmaceutical preparation form(tablets) with recovery of not less than 98%.

At this paper, an experimental investigation was conducted to explore the effect of different curing methods and water cement ratios on compressive strength and density of normal weight concrete. The samples had been submitted to five different curing methods including: water curing (standard curing), air curing and three types of colored plastic bags curing including (Transparent, white and black bags). The effect of w/c ratio on compressive strength at different curing had been studied too. Test results shows that the curing by plastic bags gives accepted results compared with standard curing and better than air curing. For all kinds of referenced curing the increasing in w/c ratios decrease the compressive strength, and the density of concrete samples reduces at air and plastic bags curing compared with standard curing..

This study included the synthesis of O-carboxymethyl chitosan which contains amine group attached directly to its glucose unit from the well-known natural polymer (chitosan), which in turn was reacted with some aromatic aldehydes containing o- and p- substituents to prepare a series of Schiff bases compounds. The used aldehydes were; p-boromobenzaldehyde, o-hydroxybenzaldehyde, o-bromobenzaldehyde, p-chlorobenzaldehyde, and p-nitrobenzaldehyde. The synthesized compounds were characterized using spectroscopic techniques including FT-IR and 1H-NMR. The thermal stability of some of the prepared compounds was checked using differential thermaogravimetric analysis DTA. Finally, the biological activity of two Schiff bases was measured against two types of bacteria (Escherichia coli) and (Staphylococcus aureus) in terms of inhibition rate.

Kirkuk gas turbine power plant is supplied by the gaseous fuel from north gas company. The results showed that the theoretical efficiency of the unit is a function for two parameters; the compressor input temperature and the pressure ratio rp . So, the pressure rp ratio depends directly on the compressor input temperature. If the net work of the unit Wnet (Wt - Wc) is taken to be an index for the performance, the efficiency ƞ will be more in summer than that in winter because of the considerable reduction in compressor work Wc , while if the specific energy produced (or consumed specific fuel SFC) is taken as an index for the performance; the actual efficiency ƞac is more in winter since the specific energy produced in winter is greater approaching (4.5 kW.hr.m-3), while it did not exceed (2.8 kW.hr.m-3) in summer, this belong to the performance improving as the load increases approaching the design load, this is prevailing on the power plant operated by the diesel, heavy fuel or crude oil. 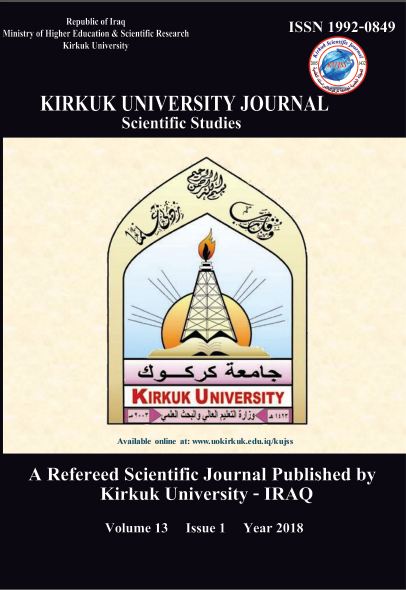 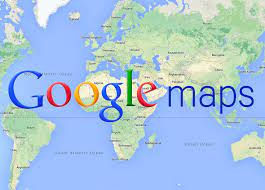 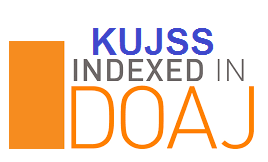 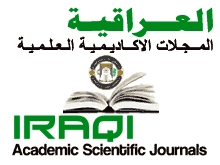 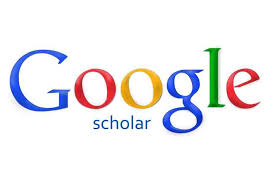 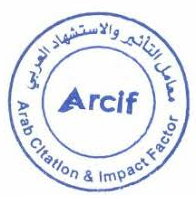 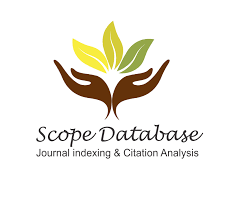